As the oldest university in Switzerland, the University of Basel has a fascinating history of teaching and research going back over 550 years.

The university opened with a mass held at Basel Minster on 4 April 1460. It has undergone dynamic development ever since its inception. During the first year following its founding, the University Register in Basel listed 226 students and lecturers. Today, the seven faculties at the University of Basel have around 13,000 students and over 350 professors.

From the very beginning, the basic organizational structure was comprised of four faculties: Theology, Law, Medicine along with the Faculty of Arts (septem artes liberales), which later became the Faculty of Philosophy. The Faculty of Arts sought to provide a solid basis of knowledge and prepare students for studies in theology, law and medicine.

While the division into four faculties barely changed during the first few centuries, the 19th century saw greater differentiation, which led to the founding of the Faculty of Science in 1937. The Faculty of Humanities continued to include a broad spectrum of arts-, culture- and social science-related disciplines until the economic sciences formed a separate faculty in 1997. In 2003, Psychology became its own faculty.

Periods of prosperity and of stagnation

During its 550 years, the University of Basel has always experienced periods of upswing and of serious crises. The successful founding phase was followed by the first conflicts involving costs and the university model with which Basel was to align itself. There were also problems when Basel joined the Swiss Confederation in 1501, which was accompanied by a drop in enrolment.

The Reformation years were a true test for an institution so strongly shaped by religion. The cleft between teaching staff who supported and who were opposed to the Reformation continued to grow wider. The conflicts continued to escalate until only a single student was still enrolled in the university in 1528. Nevertheless, activity at the university never ceased altogether. In 1531, for example, the first public anatomical dissection was conducted by the Faculty of Medicine, marking the start of a long history of successful achievements in the field of anatomy in Basel. As a result, the university gained a position of international prominence, particularly due to its relative denominational liberalness at the time.

A place of cultural reflection

Since the years of its founding, the university has also been characterized as a place of cultural reflection. Much of this owes itself to book printing as well as the university collections that have grown in size since the 15th century, creating the foundation for the city’s internationally renowned museums. Numerous scholars such as Erasmus of Rotterdam, who spent time in Basel, shaped the university and helped establish the city’s reputation as a center of humanism. This is documented by valuable historic artifacts in the University Library, which is presently one of the largest libraries in Switzerland.

Debate surrounding dissolution of the university

During the 17th and 18th centuries, the tenuous relationship between the university and the government repeatedly gave rise to discussions. In the course of revolution and the Helvetic Republic, the university experienced another existential crisis which raised discussions of dissolving the university. In 1818, the crisis was initially averted through reorganization, which resulted in the university forfeiting its last remaining privileges and submission to state control.

The 1833 split of the Canton of Basel and the resultant separation of assets between Basel-Stadt and Basel-Landschaft presented the university with an enormous challenge. Thanks to the extraordinary commitment on the part of the citizens of Basel, the crisis was resolved.

A broad range of disciplines – a long tradition

From the start, academics at the university have always been characterized by a broad range of disciplines. The outstanding achievements in the most diverse of fields have shaped the reputation of the university over the centuries. The task is to preserve this in the face of global competition.

The natural sciences, which have become increasingly important since the 19th century, play a considerable role in this respect. As early as the 17th century, the University of Basel pioneered this development along with the famous mathematicians and physicists from the Bernoulli family. Today, life sciences make up one particular research focus and are of great economic importance to the region.

Intense growth during the 20th century

The 20th century has been marked by growth, despite the political and societal challenges that faced the University of Basel through two world wars. The university accomplished something innovative by expanding academics beyond just students and researchers. A college of further education (Volkshochschule) was founded in 1919. Today, it is a an independent institution. In 1997, the University for Seniors was introduced, and the Children’s University was started in 2004.

In contrast, the admittance of women to the University of Basel was a rather belated development. It was only in 1890 that women were allowed to study here. 1928 was the first year in which a woman was permitted to teach as an associate professor, and a woman was appointed a bona fide professorship for the first time in 1964. Today, women comprise about 54 percent of the student body.

The last quarter of the 20th century has been shaped by discussions about retracting state control in order to give the university more autonomy. This has led to an institutional shift in which the university itself has played a major role. The higher education institution gained its independence from the state sponsors, thus changing its relationship to government and society. The State Treaty (Staatsvertrag) of 2007 expanded sponsorship by the two cantons of Basel-Stadt and Baselland, which have jointly supported the University ever since.

At the same time, activities within the university became increasingly dynamic, which has manifested itself in the form of new fields and faculties, a restructuring of courses of studies to comply with the Bologna reform, as well as partnerships with other higher education institutions. 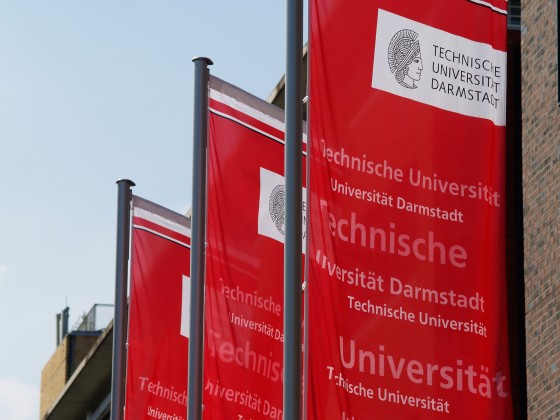 Jobs from this employer

PhD position in privacy technologies for the Internet of Things

technician, infection immunology lab at the Department of Biomedicine

Postdoctoral Position in Development of Artificial Cells by using Microfluidics

PhD Position at the Department of Biomedicine

Start-up Grant of the Doctoral Program in Literary Studies